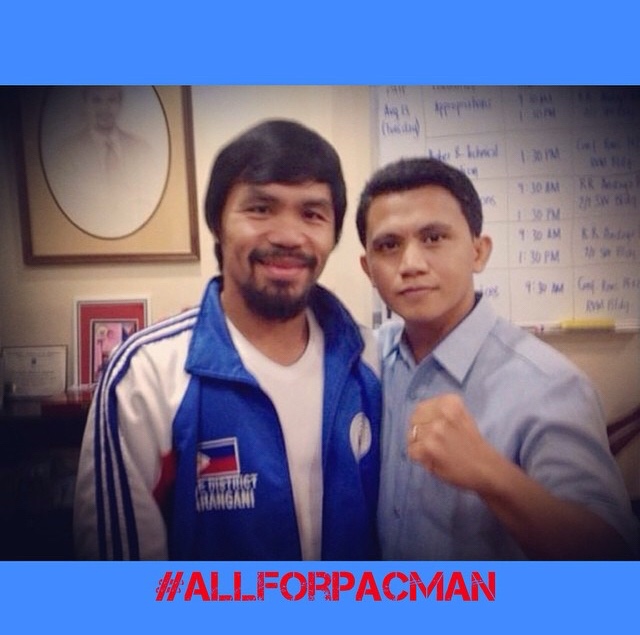 Filipino pride Manny Pacquiao once again set a new record, 61,7,2, by defending his WBA welterweight title against the 11-years younger Adrien “The Problem” Broner at the MGM Grand in Las Vegas, USA. The highly anticipated fight in the boxing capital of the world is Pacquiao’s 70th career fight. Also, this was his first bout after two years of respite.

Moreover, despite the wide age gap, bettors and millions of fans worldwide still favor Manny Pacquiao.
I have been an ardent fan of the fighting Senator since 2004, who emerged and became famous after clashing with Mexican fighters such as Barrera, Marquez, Morales, Larios, Solis, and Margarito, to name a few which I followed, witnessed and watched.

Pacquiao has been a professional boxer since January 1995. Manny Pacquiao’s phenomenon and charisma live on as the so-called people’s champ continues to enchant and amuse Filipino fans globally with his lightning speed, strength, power, and endurance.

Formerly known as “the Destroyer,” Pacquiao even superseded and outdid Filipino boxing legend Gabriel “The Flash” Elorde’s pound-for-pound feat as the latter only got 4-division world championships in his entire career. Pacquiao even became more popular when he eclipsed and outgunned other world boxing champions in different weight classes to get the 8-division world champion.

Emmanuel Dapidran Pacquiao’s rise to stardom is not an overnight success. He truly experienced extreme poverty and came from a broken family under threat of crossfire between rebels and government forces in Mindanao way back.

The grim experience of destitution perhaps motivated, then 14-year-old Pacquiao, to strive hard physically and mentally to make ends meet. His mother, Nanay Dionisia, even wanted him to be a priest.

But today, Pacquiao is not just successful in the world of boxing but likewise in politics too, although he was initially defeated in his first bid to be a congressman in the Fourteenth Congress wherein Congresswoman Darlene Antonino-Custodio was declared the winner in the 2007 election.

However, this defeat did not hamper his another bid for a congressional seat representing Sarangani province. He changed residence from General Santos City to Sarangani to qualify in the election and as a requirement in the present Philippine Constitution. By this time, he successfully and overwhelmingly won the hearts of electorates in his district.

Some boxing analysts and pundits had doubted his power, strength, and integrity as a boxer as he had an almost 8-year knockout drought, not to mention his loss to American Timothy Bradley in their first-ever fight plus his controversial win against Marquez in their penultimate bout. These inauspicious events in Pacquiao’s timeline even aggravated when Pacquiao was knocked down in an embarrassing fashion in 2012.

In 2015, he became an underdog during his clash with Floyd Mayweather Jr. His failure to defeat the undefeated American trash-talker and showboater cast yet another doubt about his integrity as pound-for-pound king, which Mayweather personally claims.

Meanwhile, in 2016, Emmanuel Dapidran Pacquiao won a Senate seat after serving the Philippine House of Representatives for two terms or six years.
Now, the journey of Pacquiao towards greatness continues despite his initial statements that he will retire. The issue of retirement has been a constant question for Pacquiao. It had even become a source of disagreement between his mentor, Freddie Roach. And we know Pacquiao never holds a grudge against no one. Whatever his decisions are, we will forever support Manny Pacquiao’s journey towards greatness as he continuously gives pride and honor to his constituents and countrymen.