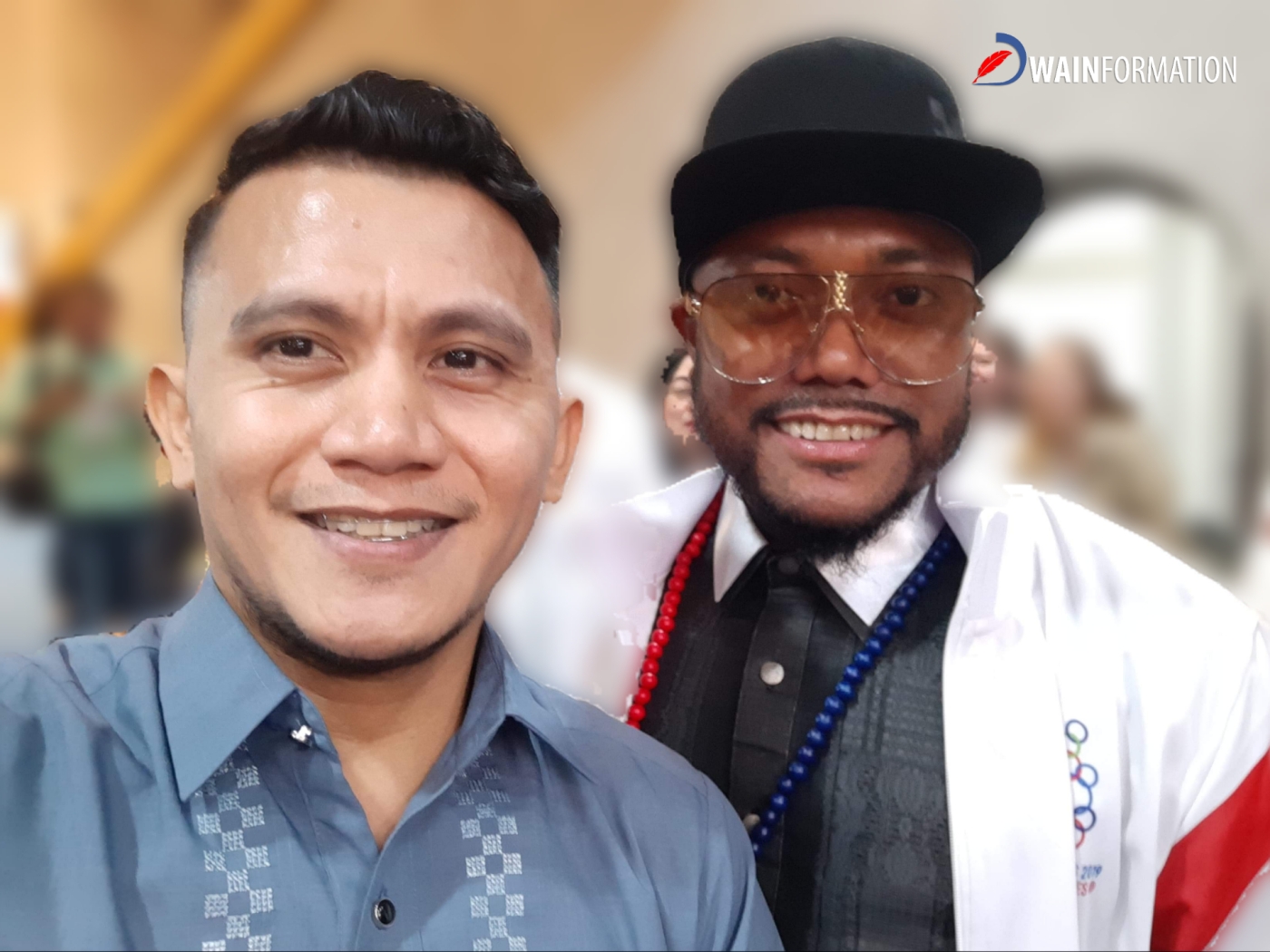 It is phenomenal meeting a renowned, classic, and humble international artist in my workplace. Likewise, it’s infrequent being personally greeted “happy birthday” on the eve of my birthday by a music icon.

Allan Pineda Lindo Jr., popularly known as, Apl. de. ap., who is one of the founding members along with his childhood friend, Will. i. am., Fergie and Taboo of the Grammy Award-winning hip-hop group, the Black Eyed Peas, attended the signing ceremony together with the newly installed House Speaker, Alan Peter Cayetano, who concurrently chairs the Philippine SEA Games Organizing Committee (Phisgoc), at the House of Representatives on 20 August 2019.

The multi-awarded Filipino-American rapper and record producer hails from Barangay Sapang Bato, Angeles City, in the Province of Pampanga.

Allan Pineda Lindo Jr. migrated to the United States in the late 1980s after Joe Ben Hudgens, his education and financial sponsor, had Allan’s Nystagmus, a vision problem, checked up and examined in the United States and finally opened up the idea of adopting Allan in America.

In one instance in his life during a visit to the Philippines, he realized and wanted to help out poor kids in his community in Angeles City through scholarships and computer literacy programs—the same way Mr. Hudgens supported and financed him through Pearl S. Buck Foundation before.

Consequently, Apl.de.ap Foundation came into existence. Now, it is not only aimed at building classrooms but also initiates educational reforms such as setting up school feeding programs along with other highly established foundations in the Philippines.

On 30 November and 11 December, he will be performing at the opening and closing ceremonies of the 30th Southeast Asian Games (SEA Games), the Philippines 4th hosting of the biennial regional multi-sport event, at the 50,000-seater Philippine Arena in Bulacan and New Clark City alongside the Black Eyed Peas.