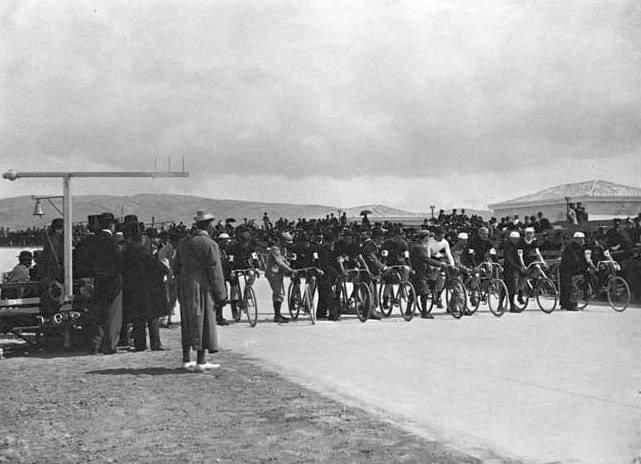 Since the inception of the first modern Olympic Games in 1896, cycling competition has been one of the excellent criteria of endurance.

The cycling competition was one of the nine sports incorporated in the inaugural games of the modern Olympic Games. It was contested by 19 cyclists from France, Greece, Austria, and Germany.

Seven cyclists comprised of five Greeks, one German and a British participated in the 87-km Athens-Marathon-Athens men’s road race on 12 April 1896.

Initially, the Greek cyclist named Aristidis Konstantinidis initiated the first lead, which had lasted until the town of Marathon before suffering mechanical problems as he turned back en route to Athens. So, Edward Battell, the solo British chaser, took the opportunity to assume the forefront while the unrelenting Konstantinidis managed to obtain a bicycle from a spectator and returned to the race shortly.

However, as the competition heated up, both race leaders, Konstantinidis and Battell, figured in a mishap that caused the latter to be outwitted again by his closest rival, Konstantinidis, and by the oncoming German chaser identified as August von Godrich.

To sum it up, Aristidis Konstantinidis, the resolute rider who borrowed a bicycle from an onlooker, prevailed over six contenders with a clocking of 3 hours 22 minutes and 31 seconds, overwhelmingly ahead of 20 minutes from the chasing German rival, August von Godrich in the men’s road race.

Historically, France was the overall champion in the 1896 Athens Olympics with six medals followed by Greece with four, Austria with three, Great Britain with two, and Germany with one in the six cycling events.